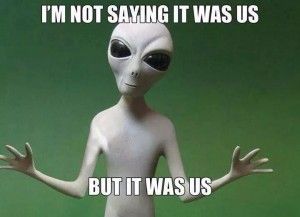 Thoughts
When you think of Area 51, your brain instantly thinks aliens and UFO’s and all those other weird conspiracy theories. When I think of Area 51, I think of the movie Independence Day when they were at the top-secret science lab testing alien spaceships and had alien bodies held in containment. I also think of them coming to take over the planet as well. We shouldn’t just think that all the time because that’s not what it’s all about.

History
After the attack the Japanese did on Pearl Harbor America was super afraid of other things of this sort occurring again. Under the order of President Eisenhower, the secret development of the U-2 program was started in November of 1954. They needed a more secret remote place away isolated from the public eye. When they discovered Grooms Lake . It was once used an Army/AirForce base during WW2.Outsiders were brought in to work and weren’t allowed to share their top-secret information with the others on the outside. When They started testing circular aircrafts that could reach higher altitudes then regular one’s people notice them and didn’t have a clue about what they were. That is where the claim of UFO’s sightings came in affect. People were so wowed that they were supposedly seeing creatures from a different universe. Many people claimed they had encounter Aliens. A man by the name of Robert Lazar claimed he had with Extra-Terrestrial technology while employed at the site, thus sparked many conspiracy theories at that time.

The Name
Since Area 51 lies in the grid line of 51 on the map that is where the name comes from. It also could be referred to as Homey Airport. The name had also been changed to Paradise Ranch when it came time to draw in workers to work, so it wouldn’t sound so dull and boring. It can also be referred to a Dreamland. 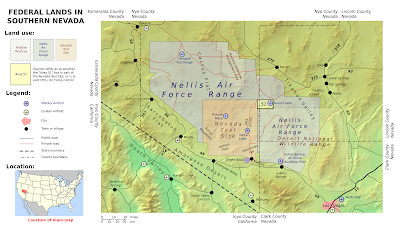 Recent Discoveries
For many years people have been wandering what really happens at Area 51 not to long ago it all started as a Facebook joke “Storm Area 51”, they also including some Alien Merch for the people to wear as they attempted to get in. It really turned out to just be a party that was planned for millions but only a few millennials showed up. People were supposed to Naruto Run as they stormed the base. Some may ask what a Naruto run is, it comes from a Japanese Anime Series. If you're not into stuff like that you most likely wouldn’t know, but the following video may help.

Some people showed up dressed in full Alien Costumes. A few people got arrested for going on the property.

For further information or Want to get involved?

PURCHASE your very own “Storm Area 51”:Merchandise:
https://www.zazzle.com/area+51+tshirts?
This website is for information about ordering T-Shirts

https://www.youtube.com/watch?v=DjE5gg_zbzQ
This is a YouTube video on conspiracy and history on Area 51.