Girl who was Found in a Hot Water Tank 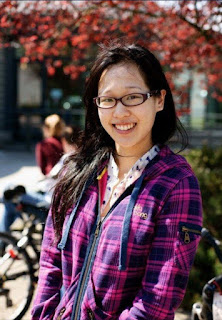 On February 19th, 2013 the body of Elisa Lam who was a Canadian student at the University of British Columbia was found in a water tank on top of the Cecil Hotel in Downtown los Angeles. Her body was found in the water tank because multiple guest at the hotel were complaining about how their water smelt weird, tasted funny, and had an odd color. When the maintence workers opened the lid to the hotel water tank on the roof that is where they found Elisa naked body with her clothes beside her. After the autopsy more questions were being asked because there were no signs of sexual assault, trauma, drugs, or an attempt in suicide. They stated it was an accidental drowning, but the question was how did she get up there and get into the tank and then close the lid?

During the investigation LAPD found video of Elisa in one of the elevators. She was acting very abnormal. She was peeking her head in and out of the elevator, hiding where no one could see her if they were to walk by, pressing a lot of buttons at once, dancing in the hallway, then when she gets out the elevator the door opened and closed multiple times.

There are multiple theories on what exactly happened to Elisa Lam. There are 12 theories that America and different people have come up with about her death.