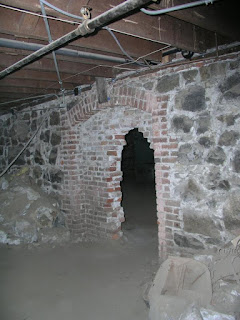 Back in the 1850’s to about the 1940’s Shanghaiing was the biggest fear for any and every citizen of Portland, Oregon. Shanghaiing is drugging or tricking someone to getting on a ship lacking a full crew. The practice of shanghaiing was not only in Portland it was also in different areas around the world. Portland was by far the worst and most widely known incident recorded though. This being because of the vast deaths each year and how long the shanghaiing lasted. Lasting almost a century seemed almost unreal to most people but for the city of Portland it was oh so real. The history of the Shanghai Tunnels is not a pleasant or soothing story to hear at all. This being said the mayor and law of the town did all they could do to hide the horrible history. Even though they did a good job of keeping the Tunnels a unpopular topic the information and tunnels are still there and hold many secrets that would run any tourist away from the city.

Some simple tunnels do not seem that scary, but these tunnels were no ordinary tunnels. They were run through just about every bar, grocery store, barber shop, just about any place where people would come to socialize. There would be trap doors set up in many different businesses within the city, especially the bars. This being because an intoxicated man is just that much easier to Shanghai or in other words kidnap. Bringing a stop to this would seem to be easy, instead police denied shanghaiing in the city of Portland and called the missing people a coincidence. According to Michael Jones a man who designated his life to studying the history of the tunnels, at one point during the almost century of the shanghaiing in Portland that around 3000 people were going missing a year due to the shanghaiers and their dreadful tunnels.

For even more leads than this article provides visit:
Portland Walking Tours
http://www.portlandwalkingtours.com/tours/underground_portland.php
this gives you the option to look at tour

Oregon. Com
http://web.oregon.com/trips/pdx_shanghai.cfm
this give further information on the article.