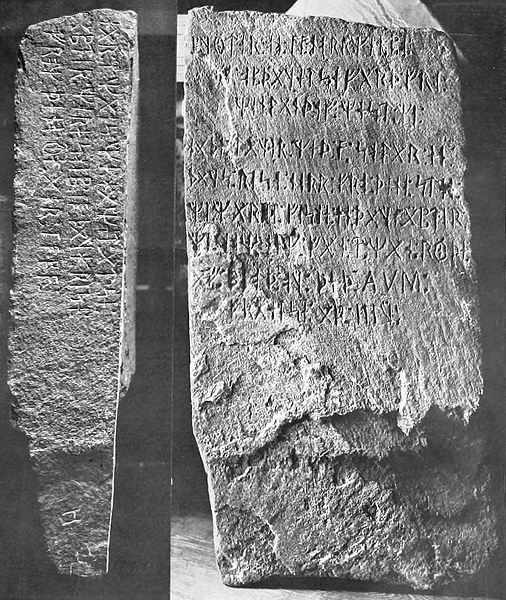 The Kensington was discovered in 1898 by a Swedish immigrant Olof Ohman. Ohman was cutting down trees in Alexandria, Minnesota when he discovered the Kensington RUNESTONE the runestone was laying against a tree that’s how Olof founded it and named it after the one settlements. Many people felt that since Olof Ohman was Swedish immigrant that he stole the stone. After the stone was found many people came up with different theories about the Kensington Runestone. The Americans thought that the Runestone represented medieval because it had different symbols written on the Runestone. Some thought the written had something to do with a bloody death that had ten to thirty people had participated in.

Olof Ohman eventually gave the runestone to Hjalmar Holand who was a Norwegian-American historian and author. Holand was an advocate of the Vikings visited the new world. Holand was the one who analyze the Kensington runestone. After he examine the runestone he claimed it as being authenticity. The writing on the runestone was for the Scandinavian and Norwegian in 1362 to help the Vikings navigate. 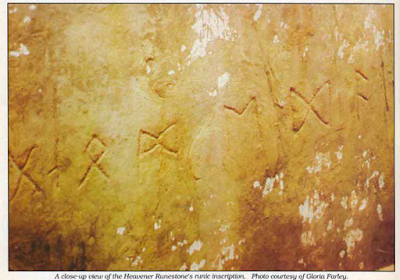 In 1830`s after the Indians was forced to remove away from their territory. Gloria Farley was the first hiked through a mountain where there was no path, but it was ten miles away from her home in Heavener, Oklahoma. In 1930 is when Gloria saw that the runestone was carved with “Indian Rock”. 1951 is when Gloria Farley moved back to Heavener, Oklahoma from Ohio. When she started to measure for the overhanging and semicircle of the cliff. After getting recognized for the runestone. British runestone in the National Museum of Scotland had the same symbols written on them. The six letters that were written on the Heavener runestone was from So Alf Monge in 1962. The second and the eight letters were claimed to be inscriptions for a Medieval cryotopuzzle because the date 11 November 1012. Later after examining and testing they found out that the written on the runestone means “Glome Valley”. The Heavener`s Runestone was represented as one the modern day runestone because it was a 19th century runestone for the Scandinavian settlers.