The Lost Civilization of Lemuria/Mu

Lemuria has been called the lost continent for many years. It received the name because of the island sinking in the middle of the ocean and never returning to the surface. Lemuria was located  in the Indian & Pacific Ocean before the Great Flood occurred. Approximately 14,000 years ago the Lemurians started to receive information that the Earth was going to go through a dramatic shift. This dramatic shift was called the Great Flood, also known as the destruction of Atlantis.  While the Earth was lost Lemuria, it also started to lose Atlantis in the same period. For 200 years Atlantis, would shake and lose parts of the island. After taking the major loss of both Lemuria and Atlantis, the Earth continued to shake. The Earth suffered trauma and a setback from the loss, it took hundreds to thousands of years for the Earth to finally regain its balance. When the Earth regained its balance, it started to change in many ways. The atmosphere became toxic, cold, and it started to become harder for different foods to grow on the Earth.

Lemurians began to prepare 2,000 to 3,000 years’ prior of the Great Flood. In their preparation of the Great Flood, the people decided to learn how to survive and live life underground before the flood took place. The Lemurians took their time to make sure they had things in order before the time came for the flood. Lemurians created detailed maps of the underground tunnels of the different points on the planet. They also wanted to spread their teachings of the Earth through the cells of the human bodies to never be forgotten. They also stored their information of the teachings inside crystals. The crystals would be stored deep inside the Earth for years to come, and for those who found it to know of the things they taught. A year later the flood came, those who were underground survived, but for those who stayed on top of the land had perished from the flood. The land that the Lemurians once knew was never the same. Due to the Earth not being the same anymore, a large percentage of the plants and animals had perished along with the people.  Many of the people started to die of hunger, poverty, and because of diseases. 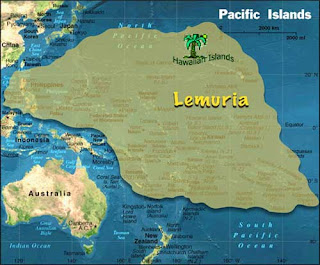 "The Hidden History Of Lemuria."
In5D Esoteric Metaphysical and Spiritual Database This website tells us about Lemuria’s culture. Based on the Lemurians culture, they were taught to prepare for the great cataclysm and learn to adapt to living underground. The purpose of this website is to tell about the Lemurians spreading there teachings about the Earth and to mankind before it’s forgotten. The source is unique because of how Lemurians would store the information of their teachings within the cells of the human bodies. The source is relevant because of the Lemurians who stayed underground during the great cataclysm became the sacred keepers of the Earth.