In the 7th century the first earliest outbreak of the Dancing Mania occurred. The Dancing Mania occurred from the 7th century to the 17th century. The first outbreak happened in the city of Strasbourg. This all started due to a group of citizens in the German city of Aachen began to come out of their houses and started dancing in the streets. All of this happened over six hundred and forty-two years ago or more from today. It began to spread all over Europe between the 14th and17th centuries. The mania was not just targeted at certain people, the dancing mania affected adult sand children. It made them dance until they collapsed from exhaustion and injuries(Smithsonian MAGAZINE). 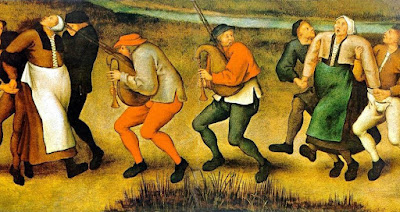 In July 15, a women named Frau Mrs. Troffea just began to dance in the middle of the street and
was not able to stop herself from dancing. After being able to stop the same thing continues to
happen for days. A week later more people began to catch it and started breaking out in the streets
dancing. The dancing mania included demonic possession and overheated blood. They said about
four hundred people died from the dancing mania. I also find out that some people died from
strokes and heart attacks when they went through the dancing mania. 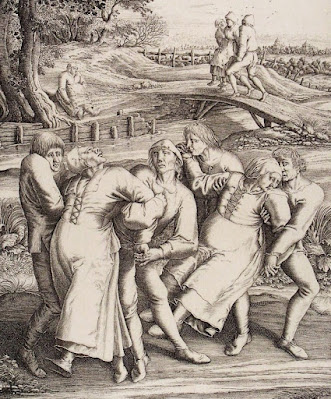 Some of the symptoms of the dancing mania were chest pains, convulsions, hallucinations,
hyperventilation, epileptic fits, and visions. Many people think that the dancing mania was fake,
but it really did happen. I just can’t believe that something with the name Dancing Mania could kill
people them dancing and then not being able to stop. It really does not sound real, but it is. I just
found it weird how people were really dying from not being able to stop dancing.

The Tanganyika Laughter Epidemic of 1962 was about a group of ninety-five college students at a
girls’ school catching the dancing mania. After they caught it, the whole school was shut down for
two months. This school was in Tanganyika, but after the ninety-five students caught it, the other
kids did not think it was funny anymore. https://www.mentalfloss.com/article/13097/5-historical-
manias-gripped-societies-then-disappeared

On Christmas Eve in 1021, 18 people gathered outside a church in the German town of Kölbigk
and danced with wild abandon. Shortly afterwards 200 hundred people started dancing out of
control. It was just sad how they people really could not stop themselves from dancing.
https://www.sciencedirect.com/science/article/pii/S014067360960386X?via%3Dihub