The Haunting of Myrtles Plantation 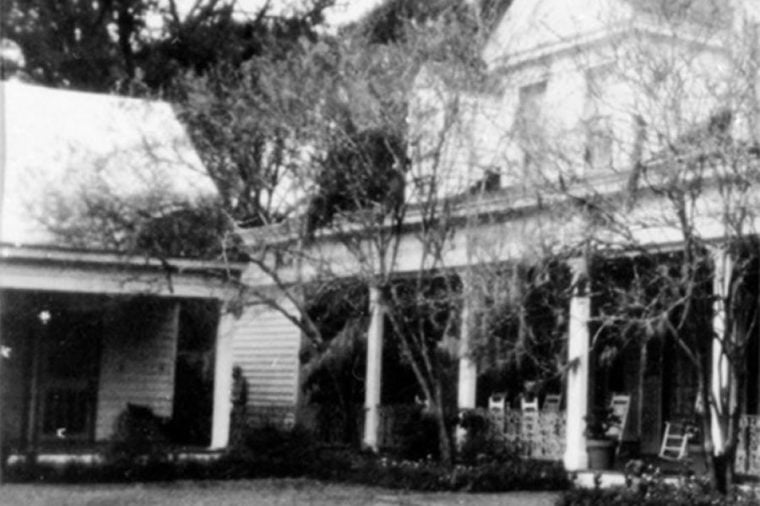 A spot so haunted outside Francisville, La, a small town renewed for plantation houses that are now use for tours; the name of the most haunted house in America has been taken by Myrtles Plantation. There are many stories about this residence, ranging from being constructed on an Indian burial ground to seeing the ghosts of dead children from the past owners of Myrtles Plantation and many more. The most famous story is that of a slave girl named Chloe. It was discovered after a photo of the plantation was taken. After taking a closer look, the photographer happened to find a figure standing between the two houses. Her story starts when, at the time, she was coerced into an inappropriate relationship with the new owner, Mr. Woodruff.


Woodruff, having a wife and several children, Chloe started to fear that his wife would find out of their secret relationship that had been carried on for over a year. To keep her secret alive, she would listen to the family’s dinner conversations for any word of their relationship. Though after being caught listening in to the family’s conversations, an order of punishment was made upon her, cutting of her ear as a warming. Chloe was brought misery and shame as she had to wear a turban to keep her ear hidden from others, humiliated of her deformity, she sought revenge on Woodruff’s family. On the night that Mr. Woodruff had gone, Chloe had served his family with poison in their meals.

Days had gone by and so did the lives of Mr. Woodruffs wife and children. While her success was not too long, the other slaves on the plantation started to worry for their lives, for when he would return and discover the truth of Chloe’s actions. Taking power into their own hands, Chloe was taken by the other slaves and hanged from a tree nearby the house. Once certain that she was dead, her body was taken down from the tree and thrown into a river.

Another article with further more research about the Myrtles Plantation and its multiple hauntings.

Posted in 2009 when Myrtles Plantation took the name of “Most haunted homes in America” Detailed information on when the plantation was built and more information as to where it is.

About and History to Myrtles Plantations many hauntings and misfortunes. More information about the other plantations that surround it with stories to tell of their own.