Killer in the Backseat

This Can of Mystery may have captured your attention due to its terrifying title. The Killer in the Backseat is a very well-known and chilling urban legend. As I was doing research on this tale, I even had my hair stick up on the back of my neck. The tale goes like this: In the Beginning, in 1967, a woman who is driving and she was being followed by a weird car. The mysterious car flashes the high beams, gets super close to her and sometimes even slams the car into her vehicle. This on its own sounds absolutely horrific but it gets worse. She realizes that the driver was trying to warn her that there was a strange man hiding in her back seat! She decides that she just needs to keep on driving as the man behind her kept screaming “Lock your doors and call the cops!”

Thats when she realizes that the man behind her was helping her. Each time the man sat up to get to the woman, the man behind used the high beams to scare the killer in the womans car which causes him to duck down. So, the man who was ramming her car was not the killer and he was trying to warn the lady. Though out the years plenty of variations of the tale as said in this article if you would like to read more. The articles tells another story with the same idea as the original. 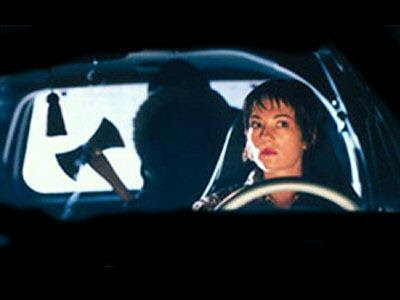 I read up on a true story may have been the inspiration for this urban legend and this honestly made the legend more scary. It was based off an incident in 1964 in New York City. A escaped killer hid in a backseat of a car. But, the car ended up belonging to an police officer who ended up killing the man hiding in the backseat. Which just sounds like bad luck on the killers side. The police officer ended up shooting him and that was the end of it. There are obviously some differences between the two stories but they also have the same ideas. I just found it interesting that it is based off of an actual event. The Killer in the Backseat is one of those tales that sounds realistic enough that it gives you a heavy feeling. I quite enjoyed tale about this story and I hope you have as well. Always remember to check your backseat.

“History/Origin.” The Killer in the Backseat: An Urban Legend, killerinthebackseat.weebly.com/historyorigin.html.

Maykr, Khan. “The Killer In the Backseat.” Villains Wiki, 2011, villains.fandom.com/wiki/The_Killer_In_the_Backseat.

American Folklore
http://americanfolklore.net/folklore/urban-legends/
A website that contains all kinds of urban legends and different types of folklore.