Throughout Americas history there has been many legends of witches. When most people hear the word witch, they probably think of a woman making potions, putting evil spells on people, wearing a pointy hat, and riding on a broom stick. That is not the image of famous Bell Witch. This story isn’t like any other, it is one of the most horrific hauntings in American history. 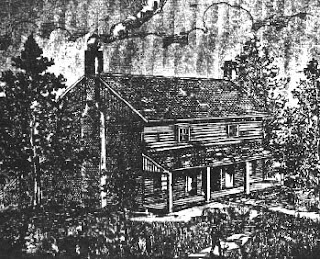 According to Alan Browns book “Haunted Tennessee Ghosts and Strange Phenomena of the Volunteer State” In the year of 1804, John Bell, a farmer from Halifax County, North Carolina moved to Robertson county Tennessee. He moved and purchased 320 acers of land where he would eventually build a log cabin for him and his family. It wasn’t until a decade later where the haunting on the John family began. It was in the year of 1817 where John noticed a strange creature on his lawn. It was said that the creature had the head of a rabbit and a body of a dog. Reacting in fear John Bell shot at the strange creature, and it ran off. After that day John and his family’s life was never the same.

The nights to come were traumatic. In Alyssa Gravitt’s Article “The Terrifying True Story of the Bell Witch” it is said that blankets began to get pulled off of beds, people’s hair was getting pulled, and they were waking up with scratches and bruises. It is also said that the daughter of John, Elizabeth Bell, was tortured the most by the spirit. She was covered in bruises because she was being pinched and slapped by this demonic ghost. 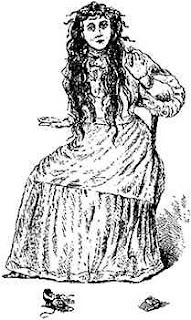 The Spirit soon identified itself as “Kate Bates”. On the Bell witch Cave website, they say Kate was a “mean old neighbor of John Bell who believed she was cheated by him in a land purchase”. They also say in on the website that she swore on her deathbed to haunt John Bell and his family. This spirit that was now called The Bell Witch became so popular the President at that time, Andrew Jackson went to Tennessee to visit this spirit, but didn’t get very far because of the entity stopping the carriage from entering the road up the cabin.

The haunting continued until the year of 1820 where John Bell died suddenly. A vial had been found by John Bell, Jr and he gave some of the liquid that was in it to his cat, that died immediately. The Bell Witch Website says the spirit spoke up and said, “I gave Ol’ Jack a big dose of that last night, which fixed him!”. John Jr then threw the vial into the fireplace where it eventually went up into flames.

After he died it is said that Kate Bates, The Bell Witch, spirit went into a cave, and is still active. People that have visited the cave and the cabin say they still hears noises, and sometimes see lights from the cave. There have been movies, tv shows, and also books made to explain this legend even more, but maybe we will never really know why Kate Bates wanted John Bell dead.

Jackson Medical Products LLC. “The Bell Witch Cave”. 2010 https://bellwitchcave.com/ This website gives more information about the legend and how to visit the cave.

“The Bell Witch”. Wikipedia, 21, Sept. 2020. https://en.wikipedia.org/wiki/Bell_Witch. This article gives more information on where this even took place. This article also gives some newspapers that were published during that time.