The Mystery of the Oviedo Lights 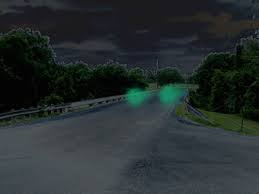 The image that is shown above is located between Snow Hill and Chuluota. It is a bridge that crosses the Ekonlockhatchee River. The younger people would go to this bridge at midnight to see the Oviedo lights known as “Ghost Lights.” These lights only appeared late at night. People would come from all parts of Florida just to see them. It was rumored that cars that passed by would be chased by the Ghost Lights. There had been sightings of ghost lights for at least 50 years. What witnesses said they saw were two lights that were light green. The lights would hover in the woods and reflect on cars that passed by.

There was one incident where two teen boys had gotten into a bad car crash. It was mentioned that the Oviedo lights were the cause of the accident. The names of the boys remain unknown. For a while after that terrible incident the Oviedo Lights calmed down a bit up until the 1970’s and 80’s. It has been a big topic ever since. 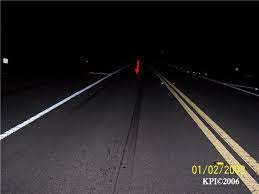 The image seen above was taken on the bridge where a young man took his own life after losing a loved one. It is claimed that the ghost of this young man has been seen in the area below the bridge that he ended his life on. There was once a smaller bridge there, which was a popular place to park at midnight. If you turned your car lights off, you would see a blue like gas with a yellow glow as described. These Oviedo Lights were seen on the bridge and sometimes over the river.

Oviedo Lights- Chuluota Lights
https://www.hauntedplaces.org/item/oviedo-lights-chuluota-lights/
This source has an overview of a brief summary of the Oviedo lights

Haunted or Haux: Seven Spooky Places in Orlando
https://www.hauntedplaces.org/item/oviedo-lights-chuluota-lights/
This article talks about several haunted places in Florida including information about the Oviedo
Lights.

10-Most Terrifying Roads in Florida
https://backpackerverse.com/10-most-terrifying-haunted-roads-in-florida/
This web source is showing you the top 10 terrifying roads in Florida and has some basic
information on the Ghost Light hauntings.