Clinton Road NJ: The most haunted road in the world? 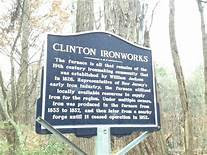 Clinton Road New Jersey has been the location of some very strange occurrences since the 1980s including but not limited to the ghost boy at Deadman's curve, the girl in the Camero, and strange creature sightings including a hellhound, a wolf-dog hybrid, and many other mythical creatures. 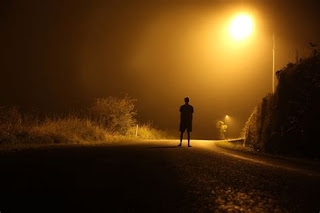 Another famous ghost story involving Clinton Road is the angry road raging girl in the Camero. The girl in the Camero was a teenage girl who drove into the cement divider on one of the sharper turns around dead man’s curve in 1988. The supposed was to trigger a manifestation of her was to simply mention her at night and she would suddenly appear and run the car containing the person who mentioned her off of the road before once again crashing into the same cement barrier. 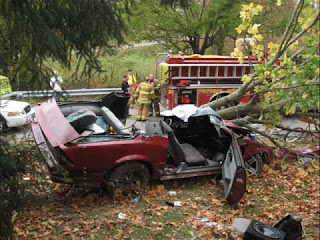 Some of the lesser-known stories are those of the strange creatures that inhabit the wooded area around Clinton Road. The most prominent of these  eing a hellhound a dog like creature that serves the devil. The second most know is of all things to appear in New Jersey some monkeys that supposedly escaped from a jungle habitat that  closed in 1976. Another story is of a floating dog that chases people who get too close to the cross  castle a supposed site of KKK and satanic rituals.

In 1983 there was a body found on the edge of the  road the autopsy reviled to authorities that the  blood of the victim has ice crystals all thorough it  and was consistent with several other bodies that had turned up and this way of finding bodies gave the killer the nickname iceman. The iceman also known as Richard Kuklinski was arrested for the murders in 1986 and died 2006.