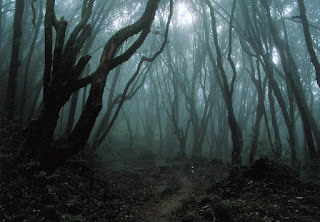 The Forest is located in Romania near the city of Cluj-Napoca. Also known as Transylvania, the home of Dracula. Its also the oldest settlement destination of the Neolithic. The Forest has many tales of ghost sightings, UFO sightings, and unexplained disappearances. The forest came to fame when a five year old girl disappeared and then reappeared 5 years later the same and didn't even know she went missing.

Legends of the Hoia-Baciu Forest vary depending on the people who actually have the guts to go inside the forest. Some of the most famous stories include one person who claims to have seen a ghost when going in the woods. One story includes an army soldier who was surveying the forest and actually got a picture of what looked like a UFO hovering over the forest. A pretty recent story includes one of a shepherd and his 50 sheep disappearing and never being seen again. The most famous story was when a five year old disappeared in the forest and then returned five years later untouched and didn't even know she was claimed as missing. There's many videos on youtube of people filming their experience in the forest and some go in and out fine but then claim to feel sick a couple days later and don't know why. One guy went into the forest and claimed that he saw a ghost and decided to run out of the forest. 2-3 days later he explained that his skin startled peeling off his body like an intense sunburn. 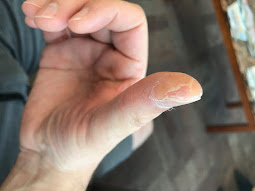 A lot of people started believing that the forest was haunted after the story of the Military official posting a picture of the UFO hovering over the forest. He had nothing to gain but everything to lose. He later was fired for spreading fake pictures and was claimed insane by the Military.

The forest remains a world mystery. From disappearances and sights of ghosts. Ghost hunters did do documentation on the forest and did claim for it to be haunted.

Buchan, Sophie. “HOIA BACIU: INSIDE THE CREEPIEST FOREST IN TRANSYLVANIA.” US
Independent, US Independent, 3 Sept. 2021, www.independent.co.uk/travel/europe/haunted-forest-romania-ufo-ghosts-transylvania-b1913161.html.