The Haunting of Willard Library 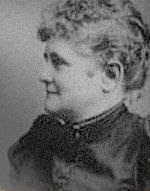 Have you ever felt a spooky or creepy sensation following you in a library? Well the infamous Willard Library is the place that has those same effects on other people. Willard’s Library is in Evansville, Indiana. The spooky sensation I am referring to is The Grey Lady of Willard’s Library. In this instance, every ghost is not here to cause havoc but she just wanders. Willard Library is designed the library in a Victorian Gothic style; this style of narrow shapes and ornamentation emphasizes height. Famous examples of Victorian Gothic styles would be Notre Dame in Paris and Chartres Cathedral in Chartres, France. It is the oldest library in the state of Indiana, it contains a treasure trove of local historical archives and genealogy materials.

The Grey Lady was first reported in the late 1930’s by a custodian. It is said to believe that Louise Carpenter, daughter of William Carpenter, is the ghost of the library. William was the man who gave most of his life earnings to support the library. She was very angry and sued the library for her father’s estate, bust she lost. People of Evansville say she held a grudge against the library and trustees, give the reason that she might haunt the library. Louise died in 1908, in Newark, NJ, 29 years before the first reported sighting of the Grey Lady. Psychics have been to the library; some have said it was Louise but others say it’s not. One psychic went in to a trance when she went into the library. A trance is a half-conscious state characterized by an absence of response to external stimuli, typically as induced by hypnosis or entered by a medium. She was in a trance so long her husband had to coax her out. She says the ghost is not Louise, although Margaret Maier described her correctly. She says she communicated with the ghost although the ghost could not speak. The psychic says the ghost was overwhelmed with grief, maybe a loss of a loved one. In the distance, she saw a small child near a body of water. She is implying that the way the ghost responded to her, it could not be Louise, who had a grudge held against the library and may have had bad intentions if she was the ghost.

Mayon,, John. “The Willard Library: Most Haunted Library in the U.S.?” The Ghost Libraries. The Ghost Library. http://theghostdiaries.com/the-willard-library-most-haunted-library-in-the-u-s/.

Willard Ghost
http://www.willardghost.com/.
It is general information about the Grey Lady

The Paranormal Guide
http://www.theparanormalguide.com/blog/the-ghosts-of-willard-library.
It talks about the figures seen in the video footage

Ghost of the Prairie
http://www.prairieghosts.com/willard.html.
Gives an overview of the library and the Grey Lady
Posted by Dr.Ms.Amanda at 10:04 AM