The Haunted Hospital of Death

Considered one of the most haunted places in America the Waverly Hills Sanatorium in Louisville Kentucky, is known for its horrific history of patient abuse , and it’s eerie hauntings that take place throughout the building. Be it from the open window mezzanine, to it’s death tunnel , to the haunted 5th  , and finally to the infamous suicide room (502).  The Waverly Hills Sanatorium is place full of sorrow and unsatisfied spirits. It was first built in 1924 to combat the sudden rise in America’s  tuberculosis outbreak . Unfortunately it didn't stay open for long because rumors of patient abuse found it’s way into society so it was shut down. It came back in 1926 and medical conditions did not change instead it got worse. Many medical professionals considered open air to be remedy for the red disease so nurses would sit the weakly patients on an open air patio which seemed fine , until it became winter and patients were sitting in frigid conditions. Along with this abuse many doctors experimented with a procedure where patients were cut open and three of their ribs were removed so that a balloon could be inserted into their lungs. Along with being cut open patients would experience their lungs being exposed to ultraviolet light for hours on end.


Along with this facility housing the sick it also housed the mental . Especially the mental people who had contracted tuberculosis. In 1928 The Waverly Hills Sanatorium officially took in the mental and to not mix the sick with the mental, the mental were stored away on the fifth floor. Which leads to the first and most horrific event that happened at the facility. In 1928 a nurse had an affair with a doctor out of wedlock while at the sanatorium. Due to this she became pregnant and she later contracted tuberculosis. Society in those day shunned her not only for being with child out of wedlock but also with having the disease so she used a light bulb hanging on and single wire in the middle of the room and she hung herself. 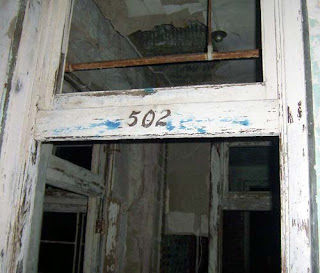 This was one of many deaths at the Waverly according to  the article The Haunted Hospital by mental floss.com,  it said that over 64,000 people died at the Waverly. Depression was huge factor between patients and doctors didn’t want their morals  to sink even lower by the recurrent deaths, so they built what is now known as the body chute . It was originally built underneath the hill so that workers could walk into the tunnel verses uphill to get to work, but directors of the facility used it to transport the dead in secret. Bodies were thrown in the chute which lead to a tunnel that would take them to the back end of the bottom of the hill where a hearse would collect the bodies. This part of the facility was seen as so horrific that in 2005 there was a movie inspired by it. (Death Tunnel)

With all of these deaths the sanatorium was shut down but it is said that the spirits still roam and take control over the building .Examples of this would be when it closed down in 1961 and reopened as Woodhaven Geriatrics Sanitarium , which was used as a elderly care home. Once again multiple deaths of the elderly were accounted for and rumors of shock therapy surfaced to the public so once again it was shut down in 1982. After that people saw it as a bad omen so it stayed closed until 1996 where  Robert Alberhasky wanted to tear it down and make it into the largest statue of Jesus in the world. When he was turned down by the government to destroy the building he went ahead and tried to bulldoze the building , but the strangest thing happened. The building stayed in tact, it would not break down or crumble at all. After that event it stayed closed from 2001 to present day. With this said it doesn’t mean that civilians can’t go inside . The building offers haunted tours to visitors, and it happily lets ghost specialist and crew come and inspect the place  to check for hauntings . For example as seen on the show Ghost Hunters: Season 2 Episode 14 the  Ghost Hunter crew witnessed dark shadows coming towards their cameras, voices whispering to them, strange smells , and objects being thrown from various places. Because of this they deemed it haunted and many others who visited agree. 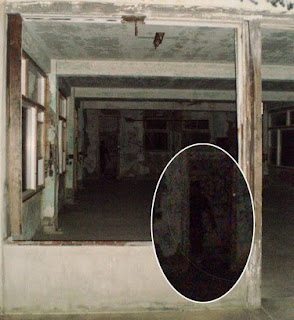 As far as Hauntings go there are many strange events and characters that happen at  facility. As told before there was the suicide of the nurse in room 502 and it is said that her ghost still haunts that room ,but along with her there is an even more insidious figure known as the Creeperwho roams the hall of the sanatorium. No one knows how he died or why he is still there but it is said that he crawls around and his presence gives the visitor a very frigid and morbid aura.(Creeper) The next hauntings are the children said to have died there. One was Timmy a boy who died there , but the one who is more prevalent is Mary . They are seen as harmless and they play around on the 5th floor. Those are some of the hauntings but there have been many more. As far as the Waverly Hill Sanatorium goes it was place full of dead spirits that were abused , mutilated and all around depressed it is seen as a fortress of evil and it will forever been seen as one of the most haunted place in America.

“Shadow Figures Infest TB Ward,” director. Travel Channel, http://www.travelchannel.com/shows/ghost-adventures/video/shadow-figures-infest-tb-ward  This is a written version of the events that happened when the Ghost Hunter visited the facility.

Staff, IMDb. “Death Tunnel.” IMDb, IMDb.com, http://www.imdb.com/title/tt0418627/.This article is a overview of the movie Death Tunnel which was inspired by the Waverly Sanatorium.

“The Creeper of Waverly Hills Sanatorium,” director. Youtube.com, 4 Feb. 2016, https://www.youtube.com/watch?v=efse1ofwans. This video gives chilling stories of experiences with the creeper.