The 23 Enigma refers to the belief that most events and incidents are directly connected to the number 23. Robert Wilson cites William Burroughs as being the first person to believe in the 23 enigma. Burroughs had known a captain by the name of Clark, around 1960 in Tangier, he once bragged that he’d sailed for 23 years without an accident. That same day, Clark’s ship had gotten into an accident that killed him and everyone else on board. While Burroughs was thinking about this harsh example of the Gods. That same evening, a radio announced the crash of an airliner in Florida. The pilot was another captain Clark and the flight was 23. 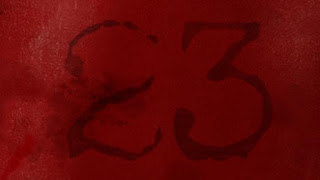 William S Burroughs was a beat generation writer known for his startling, nontraditional accounts of drug culture. He was named after his grandfather, an inventor who was a pioneer in machine technology. Burroughs attended prep schools and later studied English literature at Harvard University, he graduated in 1936. At one point, he became financially unstable, and had other issues. So he went to London, got help and continued to be an innovator, after that, he put out a few more books. Soon after, he came across the 23 enigma.
Some examples of the 23 enigma include but are not limited to. In each human there are normally 23 pairs of chromosomes. 22 of these pairs look the same in both men and women. The 23rd pair is the sex chromosome and that is different for men and women. Women have two X chromosomes while men have one X and one Y chromosome. 2. Julius Caesar was stabbed to death 23 times by enemies in the Roman Senate. 3. Psalm 23 is the most famous and quoted of the Psalm. 4. One of the many conspiracy theories about the terrorist attacks known as 9/11 is that the numbers involved in the date add up to be 23.

Links for further research:
The 23 Enigma: Captain Clark Welcomes You Aboard!
http://www.blather.net/theblather/2003/07/the_23_enigma_captain_clark_we/
This website provides more information on the 23 enigma, and the story of Captain Clark. William S. Burroughs originally thought to be the discoverer.

Number 23- Truth or Tale?
http://truthortale.weebly.com/number-23.html
This article is about whether or not people believe the 23 Enigma and it provides examples.


Robert Anton Wilson is known as the person to discover the 23 enigma. This website provides information on him and his belief of the 23 enigma.
Posted by Dr.Ms.Amanda at 9:46 AM