Zombies-they died just to come back to life. They eat human flesh and love human brains. They shuffle their feet slowly and have no recall of any emotion but hungry. The only way to kill these flesh-eating creatures is to drive something through their head. These undead creatures are something we can see being real. In some parts of the world, this mythical creature is all too real. 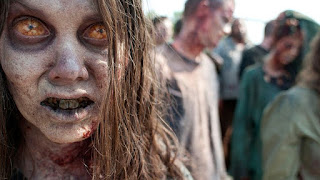 In Haiti they know all about the zombie culture. Zombies first come about from the Haitian religion, Voodoo. Even though voodoo seems to be a separate religion, most of the Haitians consider themselves Roman Catholics (Haitian Voodoo). It is believed that the Haitian can only create a zombie if the soul of the person has been withdrawn from their bodies (HaitianVoodoo). The voodoo priests or also known as a Boukman, are the ones that revive these zombies. Boukman are seen to have much magically power in order to create zombies (Voodoo Lives). Why bring the dead back to life though? In “The Mysterious Real Zombies of Haiti” they state that when the Boukman would bring them back, the zombies would be used for labor. In other cases, the zombies are used for other work, such as attacking the Boukman enemies.

In Wade Davis' book “The Serpent and the Rainbow” he talks about his first-hand experience when he went to Haiti to do research on the famous Zombies they have. Mr. Davis explains in his book how he watched the voodoo priests pour a powder on victims to temporally paralyzed them, then bury them alive for six to twelve hours (Dolnick). After unburying them, the victims would come up with glassy eyes and docile (Dolnick). In Mr. Davis book he relives that is powder used in made from ground and roasted toad. While learning about the voodoo religion and how the zombies are made in Haiti, Davis also learned that back in the day they would use puffer fish. The priests would use the toxic from the puffer fish as the power to wound the victims (Dolnick). This powder would also help the voodoo priests control the victims. 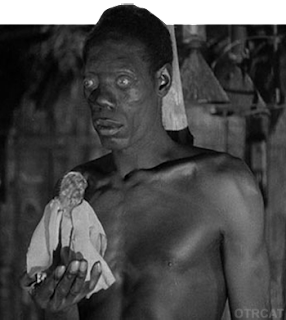 Zombies are more real then we realize. They are the flesh eating, disease creatures we think of when we think Zombies. They are mind controlled people that have been poisoned into doing what they are told. They don’t go around eating people unless told other wise. We can concluded that voodoo zombies are different that the zombies that we believe could be real.

Davis, Wade “The Serpent and the Rainbow.” Simon and Schuster, 1985. This is a book written by Wade Davis to explain and give people an inside of how the Haiti Voodoo religion works. In this book you get a close look to how Davis spent his time in Haiti learning about the religion. The purpose of this source is to give the reads an idea about how the voodoo religion works. This source is unique due to the details it gives about the Haiti religion. This book is useful because you get a firsthand view about the Haiti religion and how it works.

Dolnick, Edward “Voodoo Part 2: Return of The Zombies.” Dow Jones & Company Inc, 1988 Academic Search Premier. This source gives an over view about the book “The Serpent and the Rainbow”. The purpose of this source is to explain what the author, Wade Davis, is taking about in the book. This source is unique because it isn’t a paper about the Haiti religion but a paper about what Wade Davis is going through in the book. It is useful because you can see what the book will be about before reading too much about it. It in an academic paper that is aimed to students

Swancer, Brent “The Mysterious Real Zombies of Haiti” Mysterious Universe 5 Aug. 2004    https://mysteriousuniverse.org/2014/08/the-mysterious-real-zombies-of-haiti/.  The purpose of this source is to give the reader an idea about what the original use of a voodoo zombie. This is unique for this project because it is one of the only sources, I found that give the history of how they used the zombies for their labor.  It is useful for my article because I can explain the history of how the Haiti's used the zombies and how the zombies came to life. This is a website found on google.
Posted by Dr.Ms.Amanda at 6:57 AM