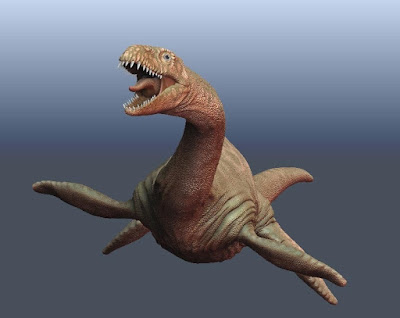 It seems like everywhere you go there tends to be a myth that monsters are roaming the lakes. People make up the stories and they often get a lot of attention from others. Those who do not believe nor want to believe have no solid evidence to prove that the monsters are fake. Lake monsters can be considered to be large snakes down to a prehistoric creature. Since it is difficult to spot the actual creature, unless it is seen face to face, it can be mistaken as a mythical monster instead of an animal that is already known.

Nessie, the Loch Ness Monster, is a well-known lake monster who has been around for many decades. It’s been said that Nessie has been around since 565 A.D., but Nessie wasn’t considered a monster until May 2nd, 1933. It just proves we don’t actually know what other mysterious creatures have been around for so long.

There are many rumours about the Loch Ness Monster, but a lot of people in the U.S. do not care for a monster that they would probably never get a chance to see. Luckily for us, people have their own monster similar to Nessie and almost have identical names. This monster is located in South Carolina in Lake Murray near Irmo. Messie was first spotted in 1933 and ever since then, there has been more sightings. It makes people question the reality of Messie. It’s a coincidence that Nessie was considered a monster in 1933 and then it just so happens that Messie is also discovered in the same year.  It seems like people got paranoid and started to believe they were seeing things in the lakes from where they would fish.

Lake Murray is a manmade lake that was impounded in the late 1920s to provide hydroelectric power to South Carolina. Lake Murray is 41 miles long and 14 miles wide. At the time of the lake being finished, it was considered the world’s largest manmade reservoir. Once the lake became a recreational attraction, this allured a lot of fishers and people with boats to cruise around in the lake. This lake is a good size to fit a big creature, but it’s strange to have a creature in a manmade lake, which caused it to have it’s doubts of having a monster in the lake.

For example, “Buddy Browning, his wife Shirley and their friend Kord Brazell were enjoying themselves fishing on the lake back in one of the coves when the monster charged them. They denied a South Carolina Wildlife Department claim that it could have been an alligator or a large fish, like a sturgeon. (Alligators are not native to the lake.) (Byers, Thomas).” As those three witnesses stated, they believe they saw something in Lake Murray that was out of the ordinary. Without any actual evidence, people find it hard to believe.

This leaves people wondering, “do these monsters actually exist?” The only way of getting answers to figure out if they are real,  is if you decide to go visit the lake yourself. That may not be the best option for people because if they do end up seeing the monster, it might end up attacking them.

http://www.irmo-sc.com/irmo019.html
Has the latest sighting seen on Messie and more detailed.