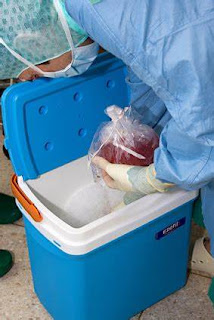 There are two main types of stories about kidney thefts. One story involves a businessman who sees a beautiful woman at a bar which wakes up drugged and wakes up with a missing organ. The other story involves poor people from third world countries that is forced to give up their organs. Kidney heist is an example of a interesting horror story that people would love to read.

For one example, there was a story about a doctor named Amit Kumar from India that was arrested because he was accused of being the leader of a “Kidney Theft Ring” which took up five hundred kidneys from donors over the past nine years. Many rumors were told to other people saying that many children and adults were forced to give up their organs at gunpoint. A victim named Mohammed Salim Khan in India had the experience of his kidney getting stolen. He woke up in an unfamiliar house with a man with a surgical mask ang gloves looking down at him. Mohammed couldn’t move so he asked the man what happened to him and he answered, “Your kidney has been removed”. From that point on Mohammad was wondering how he would live. The purpose of this story is to persuade readers that this story is true. I chose this source because it has a lot of information and details in the story. This story makes you want to learn more about kidney heist. This source is helpful because it shows that kidney heist is not just a myth, it happens in real life.

There was another story that was talking about a traveling businessman going to a bar and seeing a beautiful lady there which poisoned him that night and stole his kidney. A man named Jonathan was sitting at the lounge, he saw very attractive girl that offered to buy him a drink. Not knowing it was a potion, Jonathan drunk the drink and passed out. When he woke up he was in a tub filled with ice. He the noticed there was a tube in his back and his kidneys were gone. The purpose of this source is to entertain a certain audience. I chose this source because it gave me many details in just one paragraph. This source is different because it’s a fiction story. This source reveals that kidney heist is just another fiction horror story.

Links for further Research:
Urban Legend
http://www.princeton.edu/~achaney/tmve/wiki100k/docs/Urban_legend.html
This web source, from Princeton University, gives you information on how Urban Legends have played a role in shaping into what it is today.

Debunking the Kidney Heist Hoax http://www.transplantliving.org/community/newsroom/1997/02/debunking-the-kidney-heist-hoax/ This web source provides information on the origin of the rumor.
The Washington post ran a story about The Kidney Heist in 1991. A rejected movie script inspired the story written by The Washington Press.

Kidney Heist -- And Other Urban Myths It`s Really The Truth, We Swear It:
Another Urban Legend Is Born.
http://articles.sun-sentinel.com/1991-04-08/features/9101170939_1_story-legend-kidney-heist
This web source provides insight from Jan Brunvand, a folklore professor at the University of Utah.
Brunvand feels the story is an American version of cases where kids in 3rd world countries were kidnapped and killed for their organs.
Posted by Dr.Ms.Amanda at 12:41 PM