The Ridges is one of the top places to visit when you are in Athens. This was a old and abounded mental institution. The Ridges staff took in mostly insane patients ordered by court. Later, the place got overcrowded and then the staff ended up treating the patients horribly. There were multiple different ways that the staff took horrible care of the patients. Margaret Schilling went missing. Her remains were later found with a outline of her clothes. Some say her body was decomposed and made a outline. And since then there has been crazy and suspicious activities going on. There is also a graveyard where all the patients that died were buried. This place has been recorded to have been haunted as well.

The truth behind the stain is that Margaret was deaf and that she could not call for any help. They say that her and friend were playing hide-and-go-seek. She has wanted to always just die. She was a long-term patient she was not expected to leave the institution. She went to hide and seen that the attic was open, and she went up there. These doors are usually closed but they were doing maintenance on the building and one of the workers left it open. 1 She closed the door behind her and the door locked. She remained up there till someone me came and her remains left a blood stain in the attic and there are still mysteries about the stain. 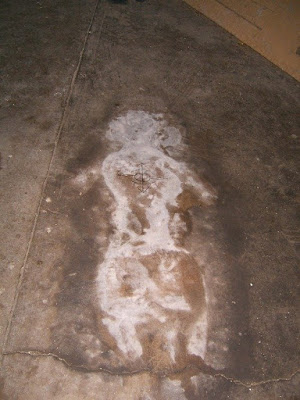 The University of Ohio is on the top scariest campus in the world. Wilson Hall  is the most haunted place on the campus. The building lies in the middle of five graveyards that used to be there. Wilson Hall is said to be the home of a ghost that died in 1970. He died in his dorm room, people that have lived in that room years after the death they claim to hear strange noises. The campus officials have shut down and have sealed the university since these reports were given out. 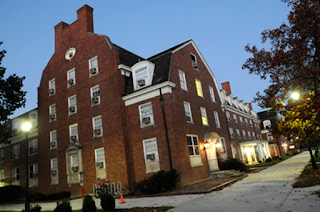 Stine, Alison.  “The Mystery of the Ghostly Stain in the Attic of the Athens Lunatic Asylum .” Pictorial, Pictorial, 7 Mar. 2016, pictorial.jezebel.com/the-mystery-of-the-ghostly-stain-in-the-attic-of-the-at-1762714504.